The Bible- History or Myth? 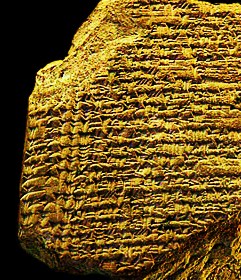 When I first started writing my blog, I started out with researching old mysteries and stories that I felt could be re-investigated in order to search for the truth. Many of the stories I have researched and wrote about on my "Dreaming Casually" blog are cold cases or stories that many have speculated as cover-ups. I never had really considered writing about origins or biblical history before until I had a falling out with an acquaintance of mine a few months ago due to our differences in beliefs (spiritually). One thing this person told me was, "You write so many stories and dig and search for the truth about those things but why haven't you wrote about the Bible?"


The Difference Between Myth and Legend


According to Greek, Roman and Egyptian mythology, many stories and epic tales have been carried down for thousands of years. Telling tales of legend and myths in regards to the creation of life, the earth, the universe and various teaching of gods and such. However, no records really tell specific dates, names of true historical people or even real locations in order to prove such tales actually occurred.  The Bible, on the other hand has countless stories with such vivid historical detail that has been since proven to be historically accurate even to this day.


In the epic tales of Homer's Iliad and The Odyssey, the stories are about mythology of pagan gods and their lives intertwining or co-mingling among mortals. Even the ancient Egyptians, Celtics and Norse religions believed in and told of various "legends and lore" of times passed without really giving specifics about when, and where they occurred.

In Greek mythology, the belief in ancient oracles was rampant, although only the rich and powerful were able to consult with them. They believed that the oracles had powers of prediction and prophecy. However, the stories that oracles gave were more often than not just ambiguous, vague and most often unreliable. They also could be bought by the highest bidder. Even in today's society, many people are habitual horoscope readers constantly checking to see what the future holds for their destiny, sometimes paying for a horoscope service, calling phone psychics for advice and or purchasing magazines just to read their horoscopes. Sadly, today's horoscopes and "psychic" readings are not much better than the vague stories of the ancient oracles themselves.

A good example of the enigmatic predictions of the oracles is the story of King Pyrrhus of Epirus. According to the ancient tale, the King's army was engaged in an epic battle with the Roman army. He went to to the oracle Delphi for answers. The answer he received from the oracle was spoken in two ways, and thus could be interpreted differently:

(1) "I say that thou son of Æacus canst conquer the Romans. Thou shalt go, thou shalt return, never shalt thou perish in war."

(2) "I say that the Romans can conquer thee, son of Æacus. Thou shalt go, thou shalt never return, thou shalt perish in war."

The King chose to go by the second definition and lost in battle. Why am I bringing this story up? Because this is a great example of the vague and uncertain predictions the oracles would provide. Often times, the oracles spoke in unintelligible sounds and used priests to be their "interpreters" in order for them to create their verses to be spoken to the one seeking answers. More often then not, the answer had a double interpretation making it impossible for someone to understand the real answer. Almost like a riddle.

A great example of an oracle giving the wrong answer was in the case of the King of Lydia, Croesus. He consulted the oracle to find out who would win the war. The oracle told him, "If Croesus crosses the Halys, he will destroy a mighty empire."  In actuality, when he crossed the river Halys to invade Cappadocia, Cyrus the Persian was waiting for him and destroyed his army. Thus, Croesus' empire was the one defeated, and the oracle's answers proved fatal to Croesus.

The Bible, on the other hand, states prophecies that have taken place down to the last detail and proven the scripture that states, "No one word out of all the good words that Jehovah your God has spoken to you has failed."- Joshua 23:14


There had never been any sort of proof to back this up until Archaeologists excavating the ruins of ancient Babylon uncovered tablets that dated to the reign of Nebuchadnezzar II.

Now what do you suppose they found inscribed on the tablets? None other than list rations that were given to prisoners and other dependents on the royal household. On the list was the king of the land of "Yahud" (Judah) "Yaukin" (Jehoiachin), just as the Bible had said all along.

The Uruk Kings List had only briefly mentioned of Amil-Marduk's reign of a short two years, but never before had historians even been able to prove the story of what happened to Nebuchadnezzar's successor "Evil-Merodach," and his part in the story of Jehoiachin other than what the Bible had said.  As the history proves, Amil-Marduk ended up falling victim to a court conspiracy and found himself in prison with the king of Judah, Jehoiachin. Later, after his father's death, Amil-Marduk becomes king of Babylon and uses his status to release Jehoiachin from prison.


2 Kings 25:27-30 reads:
"And it came about in the thirty-seventh year of the exile of Je·hoi´a·chin the king of Judah, in the twelfth month, on the twenty-seventh day of the month, that E´vil-mer´o·dach the king of Babylon, in the year of his becoming king, raised up the head of Je·hoi´a·chin the king of Judah out of the house of detention; and he began to speak good things with him, and then put his throne higher than the thrones of the kings that were with him in Babylon. And he took off his prison garments; and he ate bread constantly before him all the days of his life.  As for his allowance, an allowance was constantly given him from the king, daily as due, all the days of his life."

Historians were also able to decipher that a vase found near the city of Susa read "Palace of Amil-Marduk (Evil-Merodach), King of Babylon, son of Nebuchadnezzar, King of Babylon," proving that the Bible is historically accurate.

As you can see in this example the Bible had stated this story for thousands of years, and yet it took until historians and archaeologists dug up corroborating evidence to agree with the Biblical tales, for many to believe the Bible is telling the truth. Such a sad thing isn't it?


Babylon-The Fall Of An Empire

Let's take the fall of Babylon as another example. In the book of Isaiah, 200 years before the event took place, Isaiah predicted the detailed account Babylon being overthrown by Medo-Persia. The account stated that the name of the conqueror would be Cyrus and even detailed the strategy of how Cyrus would defeat Babylon through means of drying up the river and infiltrating the city. All this, 200 years before it ever took place.

And what does history say about this event?

By the year 540 BC, Cyrus aka "Cyrus the Great" had captured the capital city of Susa.  Cyrus then fought the Battle of Opis near the city of Opis which lay along the Tigris river, north of Babylon.  Sippar then was seized without a battle and then again without a battle Cyrus' army siezed Babylon and Nebonidas.  Greek Scholar, Herodotus explained that the Persians used a basin that had been earlier dug by the queen Nitokris (of Babylon) in order to protect from prior attacks by the Medes. It had diverted the Euphrates into a canal severely dropping the water level to that of a man's thigh, which allowed the invasion to take place through the river in the night, just as the Bible prophesied.

After seizing  Babylon, Cyrus proclaimed himself "King of Babylon and the four corners of the world" which was inscribed on the Cyrus cylinder. Another piece of evidence that shows the Bible and History go hand in hand.

During the sixth century B.C.E., Daniel the Bible prophet spoke of his vision that foretold the defeat of the Medo-Persian empire by Greece. It went on into detail explaining that when the king became "mighty" that his empire would then become "broken." (Daniel 8: 5-8)

“The ram that you saw possessing the two horns [stands for] the kings of Me´di·a and Persia. And the hairy he-goat [stands for] the king of Greece; and as for the great horn that was between its eyes, it [stands for] the first king. And that one having been broken, so that there were four that finally stood up instead of it, there are four kingdoms from [his] nation that will stand up, but not with his power."- Daniel 8:20-22


The symbolism here referring the two horned ram as Medo-Persia and the single horned ram as Greece, showing that the mighty ram would defeat its counterpart. It also stated that in its highest point of reign that the empire of Greece would fall and be broken into four parts.


And what does history say about this event?

History goes on to show that Alexander the Great, ruler of Greece died suddenly at the age of 32, in the  prime of his age and at the top of game so-to-speak.  During a battle near Ipsus in Asia Minor the empire dissolved. The four victors divided the Grecian empire amongst themselves and no one out of the four were  ever able to attain the degree of power and rule that Alexander had done by himself, just as the Bible had foretold.

So to end this article on my blog, I have shown you how myths and history are far different from each other. I have also shown you a few examples of how history and the Bible are harmoniously joined together. You have the right to believe whatever it is you choose. However, I hope that if you were in doubt of the Bible' accuracy before reading this article, maybe the examples given here will make you search deeper for greater answers. The Bible is the most popular and most published book in the history of mankind. It has survived for thousands of years and still the accounts and advice given from the Bible can still be easy to relate to and to apply in every day life, even today.


The Bible really is a "lamp shining in a dark place," and all you need to do is pick it up and search to see that its stories and prophecies are historically accurate. 2 Peter 1:19-21