Origin Of The Graveyard Shift 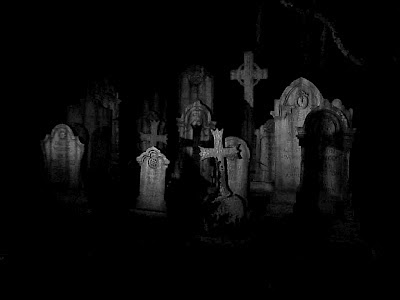 Have you ever wondered about the term "Graveyard Shift’’?

The term has come a long way from just being another time slot for laborers to come to work their shifts until dawns early light. The term has a quite unnerving and more macabre origin altogether.

In Transylvania the superstitions are so strong that still to this day many believe that the dead may come back to life as a vampire or undead creature if a stake is not driven through their hearts or their heads cut off.

Why would this superstition come to pass? Why would the myths of the undead, zombies and even vampires exist if there wasn't something that started them? Hundreds of years ago, and even thousands of years ago the medical technology was not capable to seeing when some were in a comatose state or not, thus people sometimes would be buried alive. Sadly, this attributes to the stories of people crawling out of their graves, after being buried. Remember in certain civilizations they did not embalm the bodies therefore their bodies were buried fully in tact.

Things to add to the undead and the zombie folklore may have started with the first mention of the undead creature in the fictional Sumerian story “The Epic of Gilgamesh” where it is mentioned that Ishtar cried out in a fury and stated,

Ancient Sumerian, Greek, Roman and Egyptian mythology all originated from Ancient Babylon and their polytheistic and pagan beliefs. These beliefs included the stories of undead, demonic and even vampire like creatures which are believed to be the precursor’s to inspire the famous vampire stories made famous in the 18th century.

In the Middle Ages, the belief in a zombie like being thought of as the "Revenant" was wide spread. The belief that the souls of the dead would return to earth and haunt the living was very common, especially for those who were murdered. It was believed that they took on the form of a skeleton or a decomposing corpse and roamed the graveyard at night.

As far as the name zombie, it has nothing to do with a dead, reanimated corpse at all. In fact in Voudoo belief and lore the zombie is nothing more than a man or woman who is under the spell or control of another, basically doing the bidding of the one in control.

So how did the term graveyard shift even come to be then?

Graveyard shift comes from the time in the 1800’s when people would have one person, a night watch man sitting in the graveyard all night listening for the bell to ring.

What bell you ask?

Well you see, there were stories that when bodies had been dug up in old cemeteries to make room to bury more people in the graveyards they noticed many coffins had scratch marks from the inside of the coffin, meaning that some had been ultimately buried alive and had suffocated to death after burial.

This started a panic among many during the mid 1800’s. Writer and Poet, Edgar Allan Poe’s works, ‘The Premature Burial’, ‘ The Black Cat’ and ‘ The Cask of Amontillado’ mentioned scenarios such as being buried alive. This also caused more dread and fear during this time which actually influenced “safety coffins” to be created.

Many mention the practice of not being buried as deeply as usually, and in fact the hands of the dead would be sticking out of the ground. Then a string would be tied to the wrist of the dead person and a vast set of lines in a sort of network would tie into each other and be attached to a bell. When a certain bell would ring the night watchman would know where to run with his shovel to and dig up the buried person before they would suffocate. Some say the term "dead ringer" came from this very sort of incident, however that is just a myth. In fact, the term "dead ringer" is just another term for an exact duplicate or something that looks exactly like something else, or someone else.

In the case of the “safety coffins,” there were elaborate coffins affixed with all sorts of gadgets that would allow a motion from the body to signal an alert, raise a flag or even shoot fireworks to let the living know that they in fact buried someone who wasn’t dead. Some of these coffins were even designed with escape hatches, which would have been best used during the funeral and not so much six feet under, can you even imagine?

Although patent records show that the “safety coffins” were made and manufactured at one point there is no record of any one claiming to have purchased or used such a device, but then again…how would you know? The customers who bought them, died apparently so they couldn’t really give a review of the product.

So basically, there you have it. A quick history lesson for you today. Now you know where the mythology and superstitions first came from, how little by little anxiety and fear added to the dread of being buried alive, and how many attempted to prevent that from happening. I know a lot of people who do not want to be buried when they die, for fear of waking up buried alive. I believe a lot of this fear has to do with all of these stories and movies that have been inspired by these old macabre tales.

I don't know about you, but being buried or burned in an incinerator sounds about the same to me! Both sound equally frightening if you are alive when it happens. Thankfully with modern day technology we know that the doctors aren't going to send us to the mortuary unless we are really long gone, so don't let this story scare you. If you live in Transylvania though, I suppose it may be another story. I know one thing is for sure, I wouldn't want to be buried alive only to wake up thinking I am being rescued and find my rescuers driving a stake through my heart!